Since 2002, Jeff has been the author of "Defending DUI's-A Defense Perspective", in the "Washington Law and Practice Manual" attorney Deskbook Series, which is the reference book published for Washington attorneys. Jeff has also been honored with the distinction of being named a "Rising Star" among Washington attorneys by Washington Law & Politics magazine on several occasions and most recently, Jeff has been recognized by Washington Law & Politics magazine in its "Who's Who in Criminal Defense & DUI/DWI Law" 2007, 2008, 2009, 2010 and 2011. Jeff was also elected by his peers to serve as President of the Northwest Academy of DUI Defense, an invitation only group made up of some of Washington State's pre-eminent DUI Attorneys. 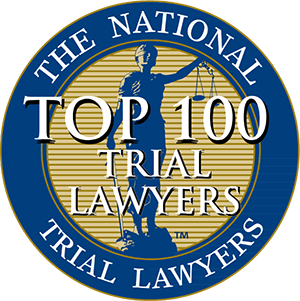 A graduate of the Capital University Law Center in Columbus, Ohio, Jeff began his practice in Pennsylvania, where he specialized in complex criminal law issues. In his career, Jeff has also handled many complex criminal trials and appeals in Washington and Pennsylvania, ranging from DUI to first degree murder.

As a Deputy Prosecuting Attorney for the City of Seattle, Jeff was appointed as one of two special trial unit prosecutors where he was responsiblefor the filing and prosecution of all high profile cases for the Seattle City Attorney's Office. Prior to forming Veitch Ault & Associates, Jeff was President of The Veitch Law Firm and also formerly a member of the firm of Hayne, Fox, Bowman & Duarte, where his practice focused almost exclusively on DUI defense. As a prosecutor and DUI defense attorney in Washington State, Jeff has handled thousands of cases and has litigated more than a hundred cases through trial.

Jeff is known for his exceptional trial techniques and his dedication to his client's cause. Jeff has also played key roles in the creation, preparation and litigation of several highly publicized major evidentiary issues which have led to the suppression of many hundreds of breath tests across the State of Washington in recent years.

FEATURED SPEAKER AT LEGAL SEMINARS AROUND THE STATE.

WADUIDEFENSE Lawyers are here to help you. Please provide details regarding the charges faced, location of arrest and the date of violation in your request. We look forward to hearing from you.

Thank you for contacting us. We'll get back to you shortly.

Please complete all required fields below.

Veitch Ault & Associates offers exceptional representation for those charged with any misdemeanor offense from DUI and serious traffic matters, to DV-Assault.